I recently had a small procedure to correct a macular tear in my eye (tear as in rip, not in sorrow!). This is a common and entirely safe and simple operation, but it did entail - amongst other things - spending three days lying face down except for ten minutes in every hour. More difficult than it sounds. While there, I contemplated the female protagonist in my still-in-draft latest book, Colour Blind, who has a condition called Retinitis Pigmentosa, incurable and ending in blindness. My own temporary blindness was thought provoking and I hope will give me a deeper compassion for all those with incurable eye conditions. 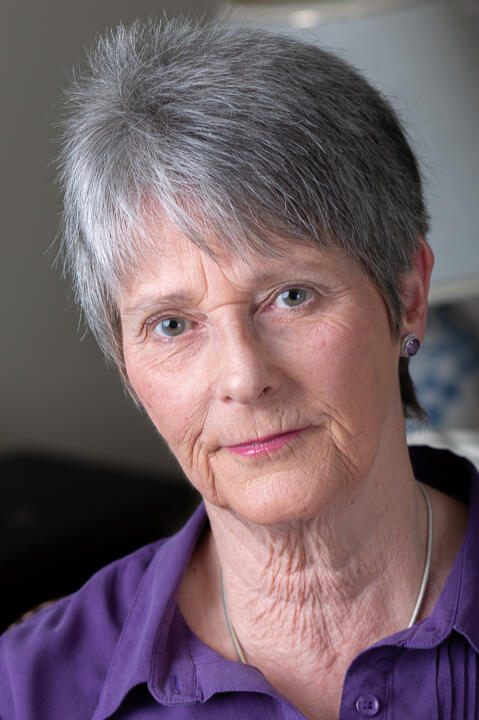 I grew up in lots of places, being a naval daughter, but home was always a fabulous house buried in the woods above the Tweed valley in the Borders of Scotland.
I trained as a secretary at The House of Citizenship and worked for The National Trust for Scotland in Edinburgh, before going to Uganda as PA to the Dean of Makerere University. Returning in 1968 I was Personnel Manager for an American software house (early days of computers!) before marriage, children, a draughty Elizabethan farmhouse and vast garden took over.
I now live with my patient, supportive husband in a retirement village near Southampton, about half-way between our son and daughter and seven grandchildren. In our younger days, we used to travel the globe extensively, thereby becoming useless as grandparents. Latterly, due to age and imbalance, we became more European, our favourite places being an island in Greece (where my first novel, Dolphin Days, is set) and a cottage near Loch Ewe in Wester Ross, Scotland where Come In From The Cold was conceived. Then came these strange times of Covid 19, and we haven't budged for seven months. During this time I have managed to type The End onto the third draft of the third novel called Colour Blind, but in spite of all the 'spare time' I have found it difficult to concentrate on it. Otherwise it would have been finished months ago. 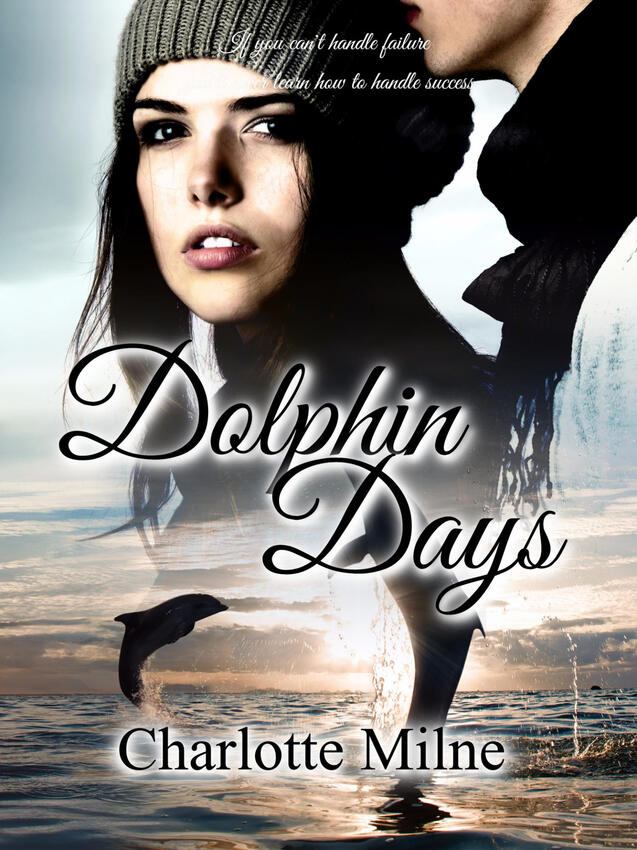 If you can’t handle failure, you’ll never learn how to handle success…..

Artistic young antique dealer Melissa fails to recover the precious manuscript stolen from her in Greece and instead finds herself accused of stealing by wealthy architect Nicholas.

Struggling with guilt about a family tragedy, financial problems and a dangerous attraction to an embittered Nicholas, Melissa sets out on a new career path in interior design and book illustration.
But it seems that Nicholas has not only destroyed her career as an antique dealer, but that his
interference may wreck her new plans too.

Melissa is tempted to put the past behind her and find security by marrying kind, devoted David, but as she begins to get to know Nicholas her resolve wavers.

Will she overcome her lack of confidence, build her career and find the love she longs for?

Come In From the Cold

Annie Devereux, humiliated and bruised by her divorce, retreats to David Mackenzie’s cottage in the Scottish Highlands to research the mysterious wartime history of her grandfather, serving on the Arctic convoys supplying Russia in World War 2.
In 1942 he comes off convoy a sick man and is billeted on nineteen-year-old Mhairi to recuperate. But Mhairi’s relationship with a dangerous and manipulative black marketeer brings trouble and death. Fingers of fear and uncertainty reach into the future.
David, grieving his dead wife and seemingly unable to move on with either life or relationships, is intrigued by Annie’s discovery of a connection between his grandmother and Annie’s grandfather. As Annie and David begin to peel away the hidden memories of ninety-year-old Mhairi, dark secrets surface – a doomed wartime love and a death which still affects the living.
Soon Annie has a secret of her own, but concealing it was the worst decision she ever made. Both Annie and David must find a way to navigate towards healing and reconciliation before they can come in from the cold.